I’ve been working on Maps and Semantic Maps 0.6, the next big, awesome, release of both MediaWiki extensions, for over a month now. I also released an early alpha on the 3th of April. All planned new features have been implemented, and known bugs from 0.5.x have been fixed. So you might wonder why 0.6 is still not out. 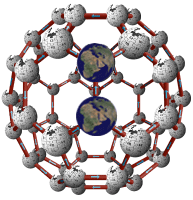 In response to the possibility of someone doing work on Maps and Semantic Maps during the upcoming Google Summer of Code, I took a critical look at the current structure, holding into account all the things I learned over the last two month while working on Storyboard. I came to the conclusion that a bunch of things ought to be handled in a cleaner fashion, and started to refactor this code. The most difficult part here is changing how the display_map and display_point(s) parser functions handle their mapping service parameter and validate the provided location(s). I’ve been wanting to change this since 0.4, but didn’t since it’s rather tricky to do. I decided to finally get this done now, and have done most of the work. To complete these changes, I’ll have to make some rather complex modifications to Validator, which can take a while to complete. That’s the last thing that needs to be done before the 0.6 release though 🙂

I estimate this should be done in approximately 2 weeks, maybe sooner. After that I’m planning to release at least one RC, to ensure stability and complete awesomeness, cause really a lot has been changed. I figure about three quarters of the codebase has been changed in one way or another!

After this release a lot of cool new features can be added, which I might do before the GSoC coding period starts. There are also a few people who wanted to do a mapping project for GSoC at the WMF, but did not get accepted, which are planning to do some effort here after all, which is totally awesome 🙂