As Google Summer of Code (GSoC) 2010 has ended, I’m writing this blog post to outline what I’ve done during the coding period and what the results are. Thanks go to the Wikimedia Foundation and Google for providing the opportunity to do this project, Brion Vibber, who mentored me, and to all other people who helped me out, especially Yaron Koren who I bugged the most 🙂 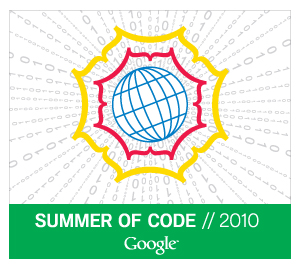 What I did during GSoC

My initial proposal was to create an awesome extension management platform for MediaWiki that would allow for functionality similar to what you have in the WordPress admin panel. After doing some research I realized this would require significant effort in two areas: configuration and deployment. After looking at some already existing tools such as the Configure extension and the Deployment Framework of Ontoprise, I decided to completely drop the configuration part and concentrate on the deployment work.

I started with porting the filesystem abstraction classes from WordPress, which are needed for doing any upgrade or installation operations that include changes to the codebase. (The current MediaWiki installer can do upgrades, but only to the database.) I created a new extension called Deployment, where I put in this code, and which was intended as a place to experiment with all the MediaWiki-installation side deployment stuff. As You obviously want this functionality to be part of MediaWiki itself, I wrote it with the idea of moving over the code to MediaWiki core once it was finished. It turned out that doing filesystem upgrades securely is not an easy task though, so after finishing the port, I quitted work on this as I decided to do other functionality first.

I then poked somewhat at the new MediaWiki installer, which is a complete rewrite of the current installer with a lot of new cool stuff and a totally more awesome interface. I made some minor imrpovements there, and split the Installer class, which held core installer functionality, into a more generic Installer class and a CoreInstaller. This allows for creating an ExtensionInstaller that uses the same base code, such as database, filesystem and LocalsSttings manipulation.

After this I started thinking about how to best structure a package repository for MediaWiki and extensions to get updates and new extensions from. I had a look at PEAR and CPAN, as well as WordPress, although I don’t learn a lot about the later. Apparently their repository code is not freely available 🙁 After discussion with Brion I decided to just create the repository from scratch, and started working on another extension, titled Distribution, for this purpose. I merged it together with a rewritten version of the MWReleases extension written by Chad, which already had core update detection functionality.

After the Distribution API’s where working decently I started work on the Special pages in Distribution that would serve as the equivalent of the WordPress admin panel. As I put of the configuration work, and also the file-system manipulation for the initial version, this came down to simply listing currently installed software, update detection and browsing through extensions available in the repository.

On top of my GSoC project itself, I did quite some other MediaWiki work in “my free time”. I released 5 new versions of Maps and Semantic Maps, starting with 0.6 and ending at 0.6.5. As I finally got core commit access, I also poked at some other things, such as Special:Version, which now will automatically put all extensions of unknown type in the “other” category, and will display this category as the last one. Plus misc minor improvements to a verity of extensions. This all amounts into a little over 550 commits to the MediaWiki SVN repository during the GSoC coding period.

State of the code

The Distribution extension has the infrastructure for storing and providing extension and core data via the MediaWiki API basically ready for use. It adds 4 database tables to MediaWiki:

The API modules added are:

To populate the database with existing extension info I wrote a maintenance script “getSvnMetadata”, which goes through a local checkout of the MediaWiki extensions directory and get’s the names from the extensions. I haven’t found a good way yet to also get other extension data though.

The Deployment extension contains an abstraction layer for repository interaction and several interfaces that use this. The abstraction layer allows for supporting different kinds of repositories. The only implementation it currently has is for interaction with repositories provided by the Distribution extension. It’s also a convenient point to implement caching, as you probably don’t want to send the requests for available updates every time you view a page on the admin panel, and allows for changes to the format the repository uses without any effects in other parts of Deployment. The interfaces that are finished to some extend are:

The extension allows you to configure several aspects of the repository interaction:

Although some very basic functionality is working, quite some work still needs to be done to get this to the WordPress-awesomeness level. Let’s first have a look at Distribution and then Deployment:

The most basic issue with Distribution currently is that there is no script yet that allows collecting all current extension data, which is needed for it to be of any use. I’m not sure how gathering current data can be properly automated, which is the main reason the script doesn’t exist yet. Any suggestions here are very welcome! After the initial version it should be possible for extension authors to edit their extensions data, and create new releases. For this we’ll need some new special pages. The data itself can then be used to populate the extension pages on mediawiki.org, and some new magic words such as “current MediaWiki version”, can automate a bunch of stuff. After these things new features can be added, such as the management of packages, and more detailed extension information, including things such as dependencies and compatibility info.

Deployment mainly needs interface work, and will need additions to support any new information provided by the Distirbution repository. A cool feature that could be added is supplying the repository with installation information (obviously optionally), which would allow the developers to get an idea of which versions of MediaWiki core and extensions people are using. After the whole MediaWiki deployment model has been revised and is up and running, it’s configuration can similarly be reinvented. The interfaces added by Deployment can then be adapted to allow contain extension configuration. 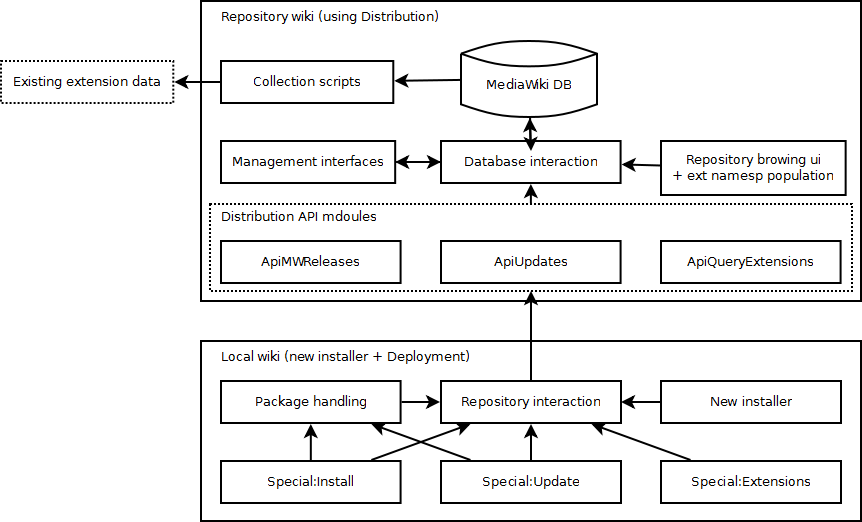 This was my last GSoC as a student, as I no longer qualify, since I quitted my official studies. If I’m still doing MediaWiki development next year, which I guess is pretty likely, there is a lot of change I’ll be signing up as a mentor though 🙂 If you are interested in being a student in 2011, you can already put your name on the 2011 GSoC page 🙂