Last weekend I attended Semantic MediaWiki Camp (SMWC) 2009 in Karlsruhe, Germany. Both days of the event contained very interesting presentations about SMW and various related extensions. The most exciting aspect of the event for me was perhaps getting to know other SMW developers, including Markus Krötzsch and Denny Vrandecic, the two lead SMW developers. And of course, I finally met Yaron Koren, my GSoC 2009 mentor, which was really nice. He also brought my long awaited Google T-shirts – yay! 🙂

On Saturday, I gave a presentation about Maps and Semantic Maps, after which I did get quite some nice feedback about the extensions. I also got some interesting proposals for new functionality.

During the two nights I was in Karlsruhe, I stayed at Robert U, a student working at Ontoprise, the company hosting the event, his place, sparing me the rather expensive hotel costs.

This picture is from during one of the first talks. Yaron is explaining Semantic Forms. I’m the guy with red training right in front of the camera. 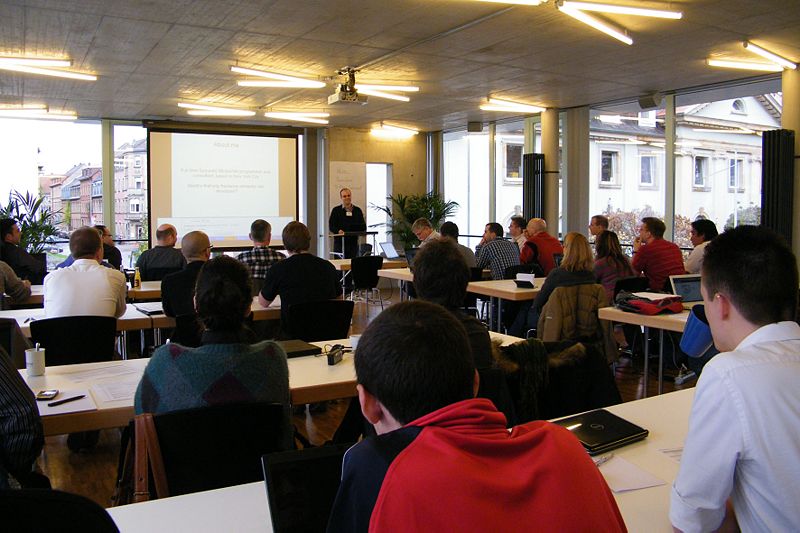