I just spend some time moving the Maps extension for MediaWiki to GitHub.

The reason for this is that it simplifies development workflow and allows for easier integration with services such as Travis CI, coveralls.io, Packagist and Scrutinizer CI. And yes, Maps now makes use of all these services!

As part of moving the extension, I took the time to update the bundled documentation, which was seriously outdated. (The download link still pointed to the old WMF SVN repository!) It now contains a nice list of core features, a list of important versions and their compatibility and simple to-the-point installation instructions. 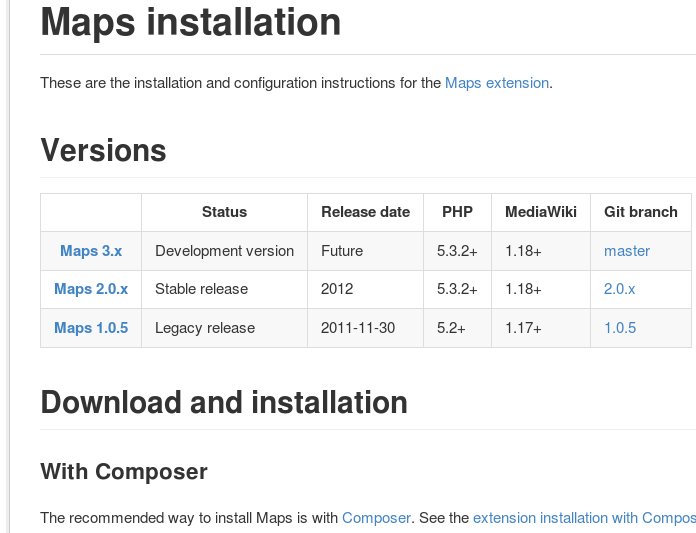 Those of you who have been using Maps for a while might be wondering when I will finally be releasing version 3.0. After all, it has been over a year since the last release. The answer to this question is that I’m wrapping up changes to the extension and am preparing it for release. This mainly entails some cleanup and making sure everything works as expected. One other task is creating releases of the components Maps depends on, such as ParamProcessor (Validator). As to when this will be done, I hope by the end of the year.